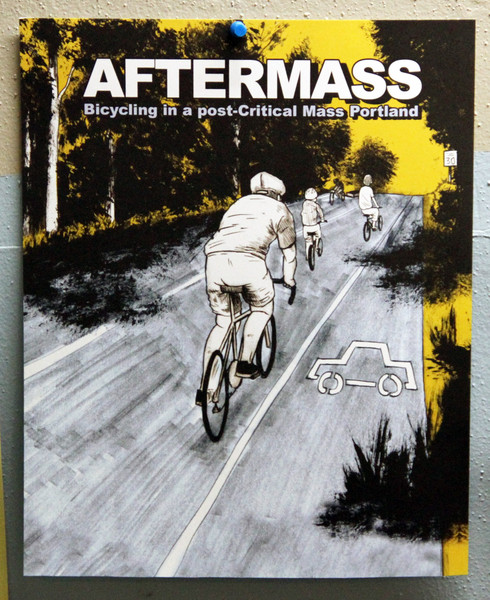 Back in the 1990s, biking advocated would gather every first Friday afternoon at the Golden Man for a group ride through downtown Salem. A localized version of Critical Mass, the routine eventually heightened awareness about biking and gained a police escort for the 20 or so bicyclists enjoying the streets. Joel Biel’s documentary, “Aftermass: Bicycling in a post-Critical Mass Portland”, investigates the influence of Critical Mass on alternative transportation policy in Portland. The film includes interviews with city employees, Mayor Charlie Hales, Bicycle Transport Alliance employees and Critical Mass participants. The film explains the history behind Critical Mass and dissects the motivations behind the various factions involved.

Since Salem was listed on Bicycling magazine’s “America’s Top 50 Bike-Friendly Cities” at number 22, perhaps the Critical Mass events and subsequent Kidical Masses helped garner some much-needed attention to the city. 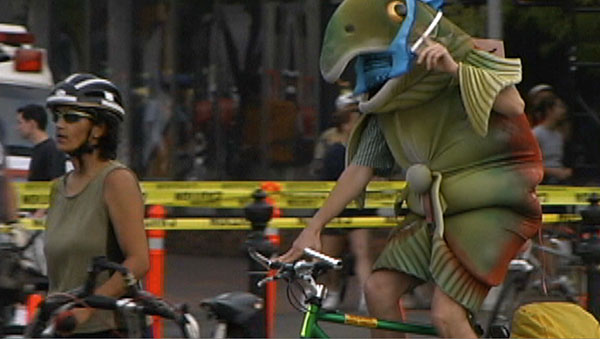 “Aftermass: Bicycling in a post-Critical Mass Portland” plays with “The Kill Box”, 6:00 p.m. Friday, February 21 during the 11th Mid-Valley Video Festival at Northern Lights Theatre Pub. Cost is $3 with no minors allowed. Filmmaker Joel Biel will be in attendance to answer questions after the film.